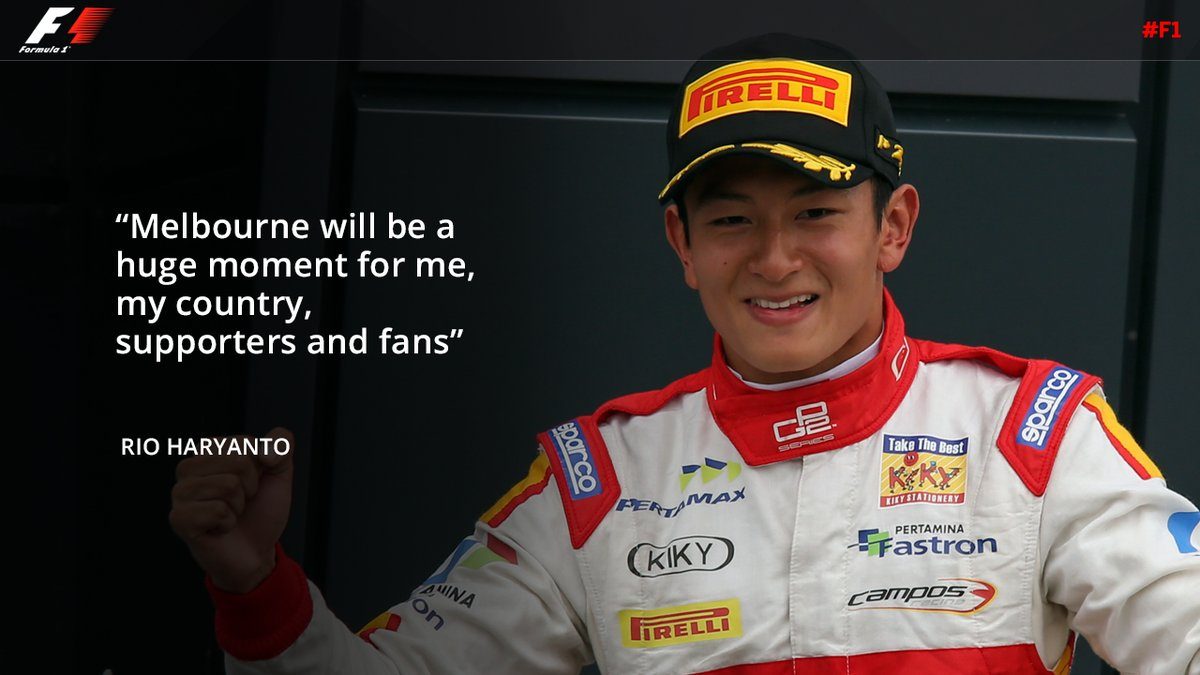 Jakarta, Indonesia – Last week in Australia, a new history was written for Indonesia: Rio Haryanto participated in his first-ever Grand Prix. Millions watched his every move, and now he is here with us to share his story…

Rio, can we please have one sentence to describe your first F1 race?

Many Indonesians united and watched the race together in your home country, from small pubs to giant shopping malls. What do you think about the massive support you’ve received so far?

I am very moved and touched by the outpouring of support. People keep sending send me motivational letters, paintings, photos or videos. Anyone and everyone can always give me an extra motivation. For sure, I would also like to dedicate every achievement throughout my racing career to my loyal supporters.

Done with your debut, you were then overwhelmed by journalists asking for interviews, many of them flew from Indonesia. Any comments?

I want to extend my thanks to them for spreading the news and information about F1 to the general public. Now, Indonesians have felt the amazing effect of F1 exposure. I stand for Indonesia. Therefore, my country gets mentioned around the world when associated with F1 news coverage, especially during a race weekend. It’s obvious that F1 is great platform for global promotion and marketing.

What are your thoughts on motorsport growth in Indonesia?

I really wish this year will become the moment of awakening for motorsport in my home country. Indonesia has a number of talented racers in various categories and hopefully they can also receive good support.

Looking at those enthusiastic local fans, will there be an F1 race in Indonesia soon?

Several countries needed some sort of trigger to make F1 popular. A new Grand Prix host country may have a local F1 driver sooner than later. We have seen how it went in Malaysia. It could also work the other way around. Because we have an F1 driver from one country, it will not be a surprise if we hear a new F1 circuit built there. India was the prime example. Meanwhile, Indonesia also has a history with world-class motorsport competition. We are having F1 fever here and long may it continue!